Meet Inspiring Speakers and Experts at our 3000+ Global Events with over 1000+ Conferences, 1000+ Symposiums and 1000+ Workshops on Medical, Pharma, Engineering, Science, Technology and Business.

Unique Opportunity! Online visibility to the Speakers and Experts

38th International Conference on Advanced Pediatrics and Neonatology, is absolutely delighted to welcome you to join the Conference scheduled on March 20-21, 2023 at Rome, Italy.

European Pediatrics Conference aims to bring together leading academic scientists, researchers and research scholars to exchange and share their experiences and research results on all aspects of Pediatric Conference. It also provides a premier interdisciplinary platform for researchers, practitioners, and educators to present and discuss the most recent innovations, trends, and concerns as well as practical challenges encountered and solutions adopted in the fields of European Pediatrics Conference. Empowering pediatrician professionals to collaborate, Innovate and help to shape the future of Pediatrics.

The purpose of the conference is to provide a platform for pediatrician professionals, Neonatologists Pediatric Researchers , Pediatric Nurses, Pediatric Associations and Societies, Pediatric Faculty, Pediatric Physicians, Presidential candidates, Founders, CEO's, professionals, Scholastic staff, and Experts, Young researchers and talented substitute bunches from universities and research labs to share the latest development in the field of Pediatrics.

Pediatrics is a field of medicine that is concerned with the health of infants, children and adolescents which includes their growth and development, their opportunity to achieve full potential as adults.

Breastfeeding is one among the foundations of Pediatric health, development and survival. It is especially important where diarrhoea, pneumonia and under nutrition are common causes of mortality in children under 5 years of age. Breastfeeding also helps to reduce overweight and obesity and protects maternal health in all parts of the world.

Breastfeeding should be initiated within the first hour after birth and that infants should exclusively breastfeed for the first 6 months; complementary foods should then be introduced, with continued breastfeeding until 24 months of age or older.

Clinical Pediatrics is a medical journal that follow to publish and to available information on a change of child-centre care topics along with those of a clinical scientific, behavioural, educational, or ethical nature. Clinical Pediatrics allergy is also one of the most important and widely studied areas in novel research of this field. Initial detection of cancer in children also is taking earlier attention in Clinical Pediatrics cancer.

Neonatology  accents on new conceived new-born children, prevalently sick or untimely new-born's. Kids with a birth imperfection or is conceived rashly, are treated in the NICUs and helped by a neonatologist amid conveyance and the consideration of the new-born child. A neonatologist tends to unpredictable and high-hazard environment that a general pediatrician may not be very much prepared to deal with. Perinatology is additionally named as maternal foetal medication.

Pediatric Cardiology represents heart diseases in children. It is comprised of congenital and acquired heart diseases. The diagnosis involves effective medical and surgical therapies. Cardiac malformations are one of the major new born birth defects which affect the infant mortality rate. This subtopic is a combined study of surgery such as thoracic surgery and/or vascular surgery and called cardiovascular/ cardiothoracic/cardiovascular thoracic surgery.

Pediatric medicine is that the part of medication that manages the sicknesses and ailments of the GI tract. These conditions might hold on during childbirth or surface in the later stage as the youngster creates. Normal precedents incorporate nourishment hypersensitivities, colitis, anorexia and bulimia, celiac sickness, Cohn's ailment, loose bowels, gluten affectability, ceaseless stoppage, crabby gut disorder, inability to flourish, and other related stomach related and disposal issues Short bowel syndrome.

Pediatric Nursing, a medical practice focused on the care of new-borns, infants, and adolescents along with their families. This subspecialty is especially embracing all scientific disciplines in eliminating suffering and improving child healthcare. Prevention and Pediatric health education are the key factors of Pediatric nursing. Pediatric nursing is a very special vocation which provides an opportunity to play a key role in a child’s life when that child needs care at the most.

Pediatric allergy is a crucial subject to be learned in order to promote knowledge and enhance the treatment of respiration, allergic, and immunologic diseases in youngsters. According to the epidemiologic investigation the common chronic illnesses of children asthma and allergies as well as many rare diseases and uncommon diseases. Swollen or enlarged adenoids and Tonsils are common in children. The human metapneumo virus is common causes in younger children and infants. The most common allergic reactions occur in kids are atopic dermatitis (eczema), itchiness, runny nose, an asthma attack and sinusitis, Allergy and Asthma.

Pediatric Dentistry also referred as Pedodontics’ mainly concerned with the teeth and associated structures of the oral cavity, including prevention, diagnosis, and treatment of disease and restoration of defective and missing teeth of children, infant and adolescent. It provides primary and comprehensive preventive and therapeutics for infant health care and children through adolescence as well. Child tooth decay is the most seen problem in children as an example.

The paediatric urogenital        medicine is one among the key topics underneath surgery managing the disorders of internal organ organs. The specialists dealing this subject are called Pediatric Urologists, will provide care and diagnosis to the infants, children, and adolescents and the Nephrology therapies involves the diagnosis of kidney internal structures and functions in children. These both systems together deals with the acute and chronic urological problems in new-borns. The highly treated diseases are-Cryptorchidism.

Perinatology is a subspecialty of obstetrics concerned with the care of the fetus and complicated, high-risk pregnancies. Perinatology is also known as maternal-foetal medicine. Since the perinatal period, depending on the definition, starts at the 20th to 28th week of gestation and ends 1 to 4 weeks after birth, perinatology logically could be an obstetrical and Pediatric subspecialty but, in practice, it is part of obstetrics. The comparable area of Pediatrics is neonatology. A high-risk baby might be cared for by Perinatologists before birth and by a neonatologist after birth.

Some new born babies would force care in a very ICU, and birth to a sick or neonate will be quite surprising for any parent. Unfamiliar sights, sounds, and equipment in the NICU can be overwhelming. This info is provided to assist you perceive a number of the issues of sick and premature babies.

Nutrition of new born infants, significantly of these born preterm, has advanced considerably in recent years. Extremely preterm infants have high nutrient demands that area unit difficult to fulfil, specified growth faltering is common. Inadequate growth is associated with poor neurodevelopmental outcomes, and although improved early growth is associated with better cognitive outcomes, there might be a trade-off in terms of worse metabolic. Outcomes, though the contribution of early nutrition to those associations isn't established.

Gratitude’s to all of our honourable speakers, conference attendees and sponsors. Advanced Pediatrics and Neonatology Conference was our best ever!

37th International Conference on Advanced Pediatrics and Neonatology, hosted by the Conference Series LLC ltd was held during March 23-24, 2022 as Webinar. Magnanimous response and active participation was received from the Editorial Board Members of conference series as well as from the pediatrician professionals, Neonatologists Pediatric Researchers, Pediatric Nurses, Pediatric Associations and Societies, Pediatric Faculty, Pediatric Physicians, Radiologists, Pharmaceutical Industries, Healthcare Industries, Researchers and Students, who made this event successful.

The meeting was carried out through various sessions, in which the discussions were held on the following major scientific tracks:

With the grand success of Adv.Pediatrics 2022, Conference Series LLC is proud to announce the "38th International Conference on Advanced Pediatrics and Neonatology” to be held during March 20-21, 2023 at Rome, Italy.

To Collaborate Scientific Professionals around the World

Abstracts will be provided with Digital Object Identifier by

Universal acclaim based on
8960 Ratings 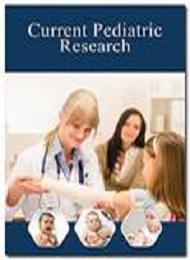 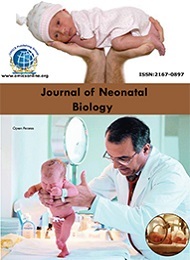